In Schoenstatt (From a circular letter)

”We will never forget the 18 October 1934, the Marian Year of the People. Whoever had been present during the August celebration of the translation and burial of our hero sodalists, and the play ‘Ave, imperatrix’, was already well prepared for the jubilee celebrations. It contributed to the fact that the preparations for the 18th October were so serious and profound. A huge number of roses from X were combined to form a festive bouquet. B sent Edelweiss and lilies. Many collected pieces of wax that were turned into candles that burned in the shrine on the feast day.

In the district of W they naturally went on pilgrimage to the wayside shrines as their preparation. They even exceeded the seven pilgrimages they had promised. Some from distant X traveled in spirit to Schoenstatt. They gave the Blessed Mother as much time as they would have needed for a slow train journey. This time was spent in prayer or hard, sacrificial work. They greatly enjoyed the journey according to schedule, and it strengthened their longing for our Schoenstatt shrine. However, one of these Sisters was able to travel here in actual fact with “the strength of joy”. The gave rise to great joy when she was able to spend a week here and was able to take along something at the right time.

The 11th October, the feast of Mary’s motherhood, was a great feast-day in all the Schoenstatt houses, but especially in “Mother’s living room”. On this day the whole Limburg Province of the Pallottine Fathers consecrated themselves to the Mother Thrice Admirable of Schoenstatt. The Friedberg Province (southern Germany) was represented by some of the Fathers. On 13th October the Sisters of Mary consecrated their Family, because its members could not gather on 18th.

On the Sunday within the octave of the patronal feast of the shrine a large pilgrimage of women – around 800 Mothers and some girls – came to the shrine.

On 17th October our shrine stood silent and empty. The workmen were busy paving the square in front of the entrance to the shrine, so the Blessed Sacrament spent the whole day in our house chapel. The large tree that had protected the shrine for decades fell victim to Brother Gardener’s axe. (They said it would be quiet dried out by next year because it was sick.) It is such a pity that all the tree, shrubs and flowers that could tell us so much about the beginnings of our Schoenstatt Family, have had to make way for barren paving. The whole area beside the shrine has changed. Small trees have been planted in straight rows form a square. In the background, but in front of the raised ground, there is now a small wall. An altar will be built into its central section.

In our preparatory novena we all visited the shrine spiritually to offer the Blessed Mother our sacrifices and to ask for her blessing for the day. Our shrine and the heroes’ graves were festively decorated on 18th October. It was a quiet day of fervent prayer and inner joy. One Mass followed the other in our little shrine. At about 8.15 a.m. there was a solemn High Mass, and at 10 a.m. a wedding followed by the last Mass and exposition of the Blessed Sacrament in the monstrance. Before 10 a.m. a lively crowd stormed down from the College. The shrine’s bell was set in motion and soon the little space was filled with its sound. “We want to be the grain of wheat, the seed of the MTA…” The boys then prayed the prayer they had composed especially for this day. Then there was silence. The bell announcing the consecration rang – together with her divine Son our Mother presented everyone to the heavenly Father. A hymn to our Mother and Queen followed and the boys ran off again, up the mountain to their work.

Throughout the day we took it in turns to pray in the shrine so that it was never left alone. Often the worshippers had to remain in the doorway. The Blessed Sacrament was surrounded by roses, golden chrysanthemums and many candles. The two memorial plaques with the names of our hero sodalists and the Iron Crosses were framed with a simple garland of ivy. Five large candles, which had been made from the bits of wax collected by her ‘Schoenstatt children’, and many little candles burnt before the altar, surrounded by many flowers. That afternoon I counted exactly 18 candles in front of the altar, and ten candles burnt on the main altar and the side altars. What a meaningful, although unplanned way to present our founding day, the 18.10., to our Mother. The shrine and its festive decoration made a deep inpression. Twenty-seven mothers had also come to the feast. Some of them belonged to the League. A Sister gave them some talks to introduce them to Schoenstatt or to deepen what they already knew.

We closed the day in the Home of the Federation. One of the Fathers who had brought our hero sodalists home, showed us slides about the journey to France after he had told us what he remembered of 18th October. To our great joy he told us more details about Joseph Engling’s death. Last Sunday an NCO and one of Joseph Engling’s comrades was here. They were with him on the day he died. Through them we were given precise information about the time and place of Engling’s death. Once we have found a lance-corporal who saw Engling lying dead when their company retreated, and again tried to look after him – because his own life was in danger, he did not remove his identity disk – they wanted to set of again for France with the lance-corporal and NCO. Let us take this intention into our prayers, so that the Blessed Mother may show us clearly whether she wants us to bring Engling home.

On the Sunday following the Jubilee day we again held a memorial service at the heroes’ graves. The College had invited the men and young men of Vallendar and the surrounding district. After Benediction and the address in the College chapel the candle light procession moved down the mountain to the heroes’ graves. The youngest boys led the procession with flaming torches and sang the ‘candle song’. Hundreds followed carrying coloured candles. The service was really touching. The hero sodalists spoke to us in the spirit of their mottos in meaningful poems: I want to become everything to everyone; All or nothing; Ave, imperatirx, morituri te salutant! (Hail, O Queen, those who are ready to die for you, greet you!) The poem entitled ‘The Praying Dead’ depicted Joseph Engling half kneeling on the battlefield with his Rosary in his hand. Parts of the Founding Document of the capital of grace and the talk of 19th August were read out. In the end the Magnificat was spoken by a chorus. New Schoenstatt hymns were introduced along the way, and before we left, those words rang out for all to hear:

“We are Schoenstatt’s young troopers.
Even if the second tower totters in the storm
we stand there victorious and joyful.
At a turning point in time, in the chaos of battle,
in the dark of night the goal shines out.
Even if the battle rages bitterly,
Queen of Schoenstatt we will build your realm!...”

You will all have been here in spirit on the jubilee day, and you will have joined with us in singing the Blessed Mother’s praises and our thanks. During your discussions on 18th October or the following Sunday you may have joined with us in singing, ‘We want to be a grain of wheat …’ Through our renewed self-surrender to Schoenstatt, have we not been planted once again into the field of the Mother Thrice Admirable? … 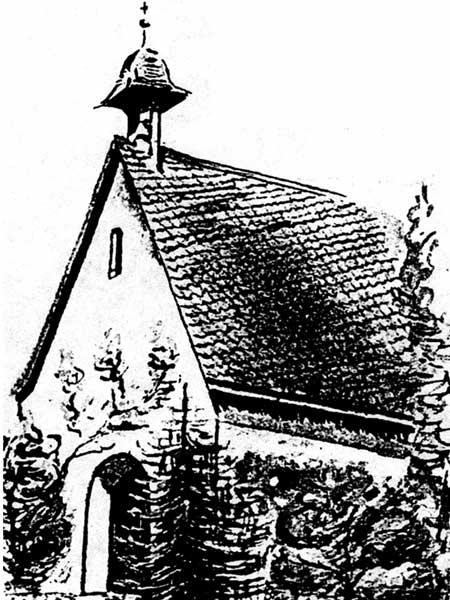