Our shrine would have been too small to take in all the pilgrims who hastened home to their Mother in the octave of the Assumption in 1934. All of them wanted to be with our dear hero sodalists who had been fetched home from French soil, and to accompany them on their last journey. A solution had to be found and an altar was put up outside so that everyone would have an opportunity to take part in the service. Busy hands were at work for days to build a worthy place of sacrifice. It soon looked like a small Gothic chapel peeping out of the dark green pinewoods in the background. Small wooden steps led up the simple altar, which stood at the centre of a fairly large Gothic arch. The picture of our beloved Mother Thrice Admirable in a golden frame was enthroned over the altar table. Four white candles lit the scene.

Yet this small wooden podium was only the sanctuary of a vast cathedral. Its central and side aisles spread out over the large playing field under the radiantly blue roof of heaven. It was flanked by stately firtrees that rose upwards like mighty pillars. In order to create a way for the priests to approach the altar, white poles had been stuck into the groud and connected with pale blue ribbons that were moved by the breeze and fluttered joyfully.

Already very early on that Saturday morning in the octave of the Assumption worshippers gathered to take part in the solemn celebration. A strange picture! Just as in a church, the men, boys, young men, seminarians, priests, fathers of families, Brothers and Fathers gathered on the right, the women on the left, yet all united in holy community around the Lord’s table of sacrifice. Then the little bell in the shrine tower began to ring. The priests, vested in white, processed from the sacristy in the Sisters’ house behind the altar servers along the path laid out for them. The blue ribbons trembled with joy and experctation. All eyes followed the priests as they moved slowly to the altar steps. The red Missal lay open on the Epistle side as they climbed the steps and the choir intoned the Confiteor.

The solemn sound of a harmonium broke through the silence: ‘We bow before your majesty ...’ Indeed here we are surrounded by the Lord’s majesty who looks down on us from heaven. The gentle sound of the breeze brings the mighty trees to bend their heads in adoration. Then the priest again climbs the altar steps and prays from the Missal. The Offertory bell rings out. The priest lifts up the bread, the chalice, and all lift up their hearts to their God and creator. The joyful music of the Sanctus leads us into stillness. The bell rings again for the consecration. All fall on their knees while their gaze is directed upwards to the little white host. High above the praying crowd, transfigured by the rays of the sun, the chalice with the Blood of our Lord is raised.

Silence, broken only by the joyful flutter of the blue ribbons and the faint spluttering of the candles. The sun lights up the MTA picture and surrounds the priest’s head, casting its rays over the faces of the congregation. Again we sing to our Lord as the birds join in and the tops of the trees bend their mighty crowns. ‘O Lord I am not worthy ...’ Who is worthy of approaching the table of the Lord? And yet he comes to us. The priest descends from the altar and our High Priest, our Good Shepherd, comes to feed us as he once did for the crowd in the wilderness.

An ordered and peaceful procession of people approaches the steps of the altar where two altar servers have spread a white cloth over the communion rails set up by the other servers. Silently and recollectedly they process down the centre aisle and return up the sides. The priest concludes Holy Mass as all kneel in prayer on the ground. e priest prays the ‘Cor Jesum sacratissimum’, takes the chalice and leaves the altar. He processes down the centre aisle as he had approached it and returns to the Sisters’ house. Each face is peaceful – all have come a step closer to their God in this holy and uplifting hour, which will remain forever in their minds. 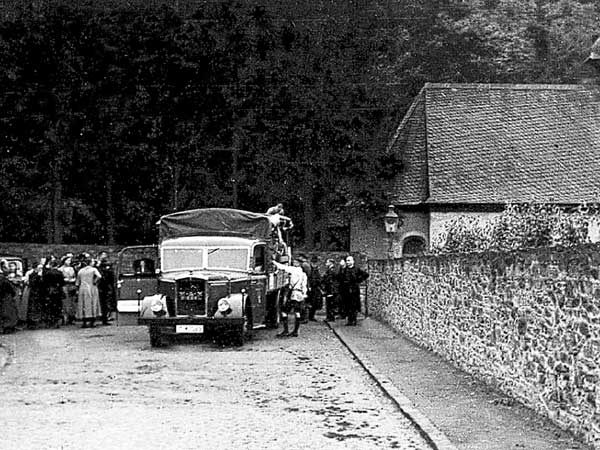 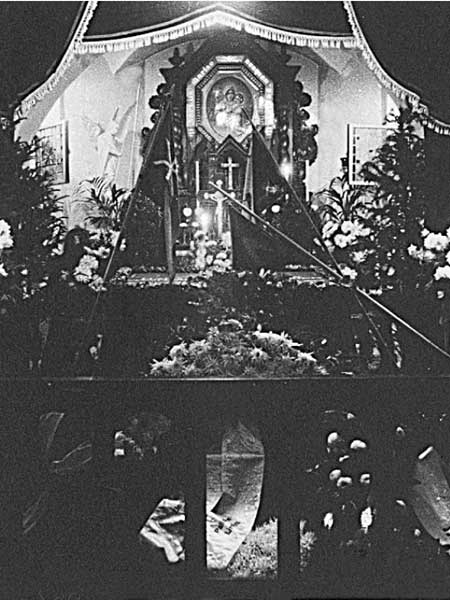 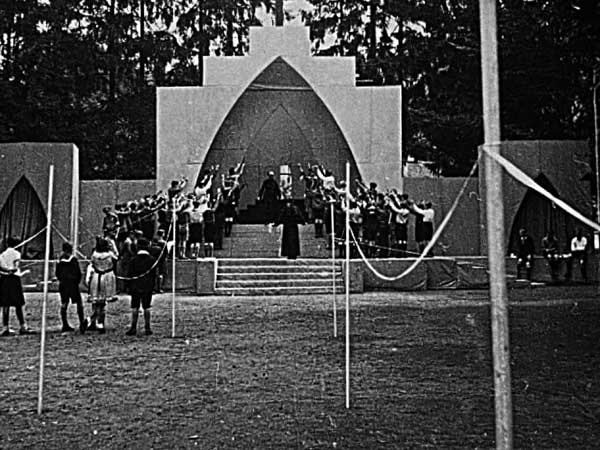 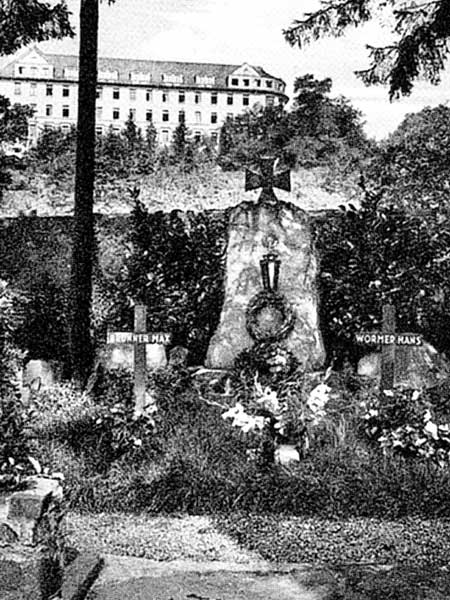