When the new altar was put up in the shrine in 1934, two adoring angels stood to the right and left next to the tabernacle.
At the time and later there was a heated discussion in the Pallottine Society about the relative importance of the pictures that were honoured in their community. The General Council laid down the precedence according to which the pictures were to be honoured: Pride of place was to be given to the Overbeck picture of the Cenacle (Queen of the Apostles) in their houses and chapels, because Vincent Pallotti had had it painted and saw his work symbolized in it. In second place the Pallottines were to honour the picture “Mater divine amoris” – Mother of beautiful love –before which Vincent Pallotti had prayed. Finally every other picture of Mary, hence also the MTA picture of Schoenstatt. The General Council in Rome demanded that this precedence should also be followed in the Schoenstatt shrine. As a result suggestions passed to and fro between Schoenstatt and Rome until finally a solution was found that suited everyone.
On 15.10.1935 Fr Alex Menningen suggested to the Superior General, Fr Cardi, that statues of the apostles Peter and Paul should be put up on either side of the MTA picture. This would depict the Blessed Mother as Queen of the Apostles. This suggestion pleased the Superior General, because it gave sufficient expression to his conviction “that also the Apostolic Movement of Schoenstatt is a branch of the tree planted by Vincent Pallotti.”

The suggestion was quickly realized so that the government of the Limburg Province was able to state on 12 November 1935 in its guidelines:

“Since the ‘Queen of the Apostles’ is the Patroness of the Society and its whole external work, this thought was taken up in accordance with the directives of the General Council and given expression in the shrine in Schoenstatt in that the statues of the Princes of the Apostles, Peter and Paul, were put up on either side of the tabernacle underneath the picture of grace.”

The new wooden altar that was put up in 1934 included a carved wooden crown above the picture of our Lady. Since the two statues of the apostles had been put up next to the tabernacle in order to proclaim the Blessed Mother Queen of the Apostles, the Pallottine Fathers had the wooden crown gilded. In 1939 this crown was again replaced by a third when the Blessed Mother was solemnly crowned Queen during the Silver Jubilee celebrations of the First Founding Document on 18.10.1914.

In 1948 Fr Kentenich remarked in his Africa Report:

The General government of the Pallottine Society took up this idea some years ago and asked us to do justice to it in the Schoenstatt shrine. We did so by placing the statues of the Princes of the Apostles on the altar and by crowning the Mother Thrice Admirable Queen.

Since then we have prayed: ‘Mother Thrice Admirable and Queen of Schoenstatt, pray for us!’ We interpret the word Queen partly in the generally accepted sense, and partly in a specific sense as ‘Queen of the Apostles’. After the usual prayers the German Province (of the Pallottines) adds the invocations ‘Queen of the Apostles’ and ‘Mater ter admirabilis’. We in the Movement have been doing this since 1928, although in the opposite order.” 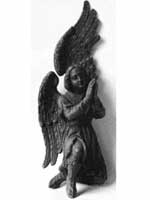 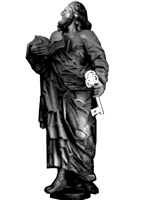 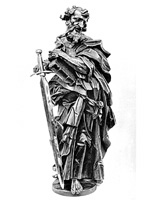